In case you’ve been living under a rock the past week or so, the latest season of The Crown was released by Netflix, and boy has it got fans talking.

The introduction of Margaret Thatcher, played by Gillian Anderson, has been a particularly high point for me personally. I know there are inaccuracies in how Anderson has played the Iron Lady in The latest season of The Crown, but I don’t care.

It is, after all, a work of fiction based loosely on real events. It isn’t supposed to be an accurate historical representation.

That some people are taking it as gospel and using it as a stick with which to beat Prince Charles is not only ridiculous but a sad sign of the times.

And of how gullible or wilfully ignorant some people can be.

The royal view of The Crown

While onlookers such as myself find it an interesting watch and a way to pass these lockdown-ridden times, it’s not so much fun for the people being portrayed or their immediate families.

Prince William, for example, is reportedly unhappy, and rightfully so. Media reports suggest that the Duke of Cambridge believes:

His parents are being exploited and presented in a false, simplistic way to make money.

It’s also been said that Prince Charles has never watched an episode of The Crown. A close associate claims:

His Royal Highness has absolutely no views about it. He has never watched The Crown. I shouldn’t think he knows it’s coming out.

Now there’s a burn for “Netflix Bob” Lacey and others behind the show. 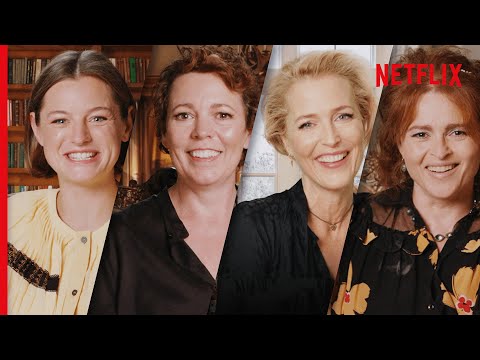 Princess Diana is a huge part of season four

Princess Diana, played by Emma Corrin, has been a focal point of the chatter about this season of The Crown.

While most royal commentators have been pointing out the historical inaccuracies and explaining how the series isn’t anywhere close to reality, there’s been one lone voice claiming the exact opposite.

Paul Burrell. Former butler of Princess Diana, although he’s actually spent more time now living off being Diana’s former butler than he has being an actual butler.

I was surprised it took him so long to surface. Usually, the mere mention of Princess Diana likely has his agent ringing round the newspapers offering quotes.

This season of The Crown sees Burrell in his element, and he claimed:

I’ve watched already the first three episodes of The Crown, and I think it’s the best series yet. It’s a peek behind the doors of Buckingham Palace that perhaps the palace don’t want you to see because this is the truth in many ways. It’s a fair and accurate dramatization of what happened.

Could Mr. Burrell be angling for poor old Bob Lacey’s cushy job with Netflix? I wouldn’t put it past him.

It’s worth remembering The Crown is fiction

While the likes of Paul Burrell will try to make headlines claiming that the show is accurate, there is no way it could be, especially when the head writer has admitted that he makes most of it up in his head.

The show doesn’t claim to be historically accurate, although it is rather sneaky by not placing a disclaimer at the beginning letting the audience know that.

What we have now is a whole load of people who believe that the way Prince Charles acts in the show is actually what happened in real life.

I honestly despair at some individuals. I hope they don’t watch professional wrestling! The last thing we need is anyone thinking that’s real as well!