Anyone who’s read my articles over the past three or four months knows my views on Prince Harry and Meghan Markle.

They’ll also know that I’m continually astounded by the sheer ineptitude the couple has shown since stepping away from their royal duties. The number of missteps made by the Sussexes after breaking loose from the royal family’s golden chains truly is something else.

I’m not sure who’s to blame for that: their PR team? Or Prince Harry and Meghan themselves?

Regardless, it doesn’t seem like a trend destined to end any time soon.

I’m not quite sure what possessed Prince Harry to make him think that the carefully choreographed visit to the LA cemetery for remembrance Sunday was anywhere close to being a good idea.

Scratch that. I think I know precisely who told him it would be a good idea.

At a time so sensitive in his homeland and surrounding a subject that he knows something about for a change, I assumed he’d be a lot savvier than he was.

The cemetery photoshoot was a severe own goal, and I believed that the fallout from the incident would see it relegated to the past and never spoken of again.

Well, not quite. It seems Prince Harry hasn’t learned his lesson, amazingly. 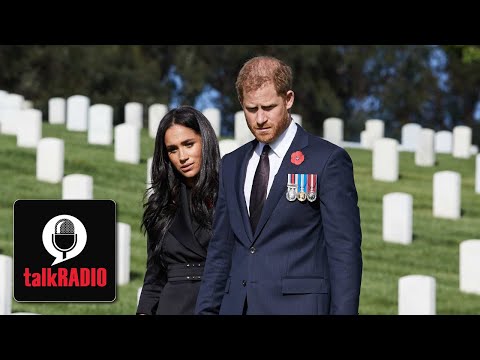 Were Harry’s comments at the recent benefit for veterans supposed to be a joke?

The virtual event Stand Up For Heroes took place this week and featured a stellar collection of music and comedy acts all getting together for a terrific cause.

Now, I have to believe that “Simply” Harry must have looked at the event description and figured since he can’t sing worth a lick, he must be one of the comedy acts.

During the event, he commented:

As far as I see it, service is what happens in the quiet and in the chaos. It’s what happens when people aren’t looking, and it’s about how we take care of each other every single day.

Is this the same guy who hired a celebrity fashion photographer to capture highly staged images of both himself and Meghan Markle wandering around an LA cemetery for remembrance Sunday?

And he’s talking about service being what happens in the quiet when people aren’t looking?

This is part of some weird Prince Harry comedy routine. It has to be. Even he can’t be so dim as to make those comments with a straight face after the fiasco of the past week or so.

As most royal fans will know, before The Crown came along and attempted to trash the frontline royals’ reputation completely, there was another show that at least bashed the royals with a wink and a smile.

For those Sussex fans who lament the fact that The Crown isn’t going to cover the life and times of Meghan and Harry, fear not!

Richard Goulding’s portrayal of the hapless Prince Harry is closer to the truth than anything The Crown has offered up.

Sadly, the real-life Prince Harry is fast outdoing anything the parody played by Goulding could ever manage.

Every time Harry does something ridiculous, I ask myself if this is surely the bottom of the barrel for him?

And each time, he manages to break through that floor and plumb new depths of cringe-worthy embarrassment.