Latest News
Home /Why Are Police Treating Capitol Protesters So Differently Than BLM?

Donald Trump is not going quietly. Egged on by Trump, protestors have stormed the Capitol Building and engaged in armed standoffs with police. They’ve broken into a government building and somehow experienced far less resistance than Black Lives Matter (BLM) protestors experienced for peacefully protesting outside.

If you haven’t been tuning in, this is far from the first time Trump has incited people to engage in potentially violent acts. But now that the heat has been turned up. As members of congress were meeting to officially certify Joe Biden’s presidential victory, Trump pulled out the stops.

Trump spent the last 24 hours hiking up the urgency of his election fraud campaign.

But before that, Trump has been riling up his following. Check out this call for action that he retweeted days ago:

Trump’s fellow Republicans have begun to denounce him more vocally. According to The New York Times, Mitt Romney said,

This is what the president has caused today, this insurrection.

After Vice President Mike Pence rejected Trump’s calls to overturn the election earlier today, Trump turned on him. He tweeted that “Pence didn’t have the courage to do what should have been done to protect our Country.”

Mike Pence had to be evacuated from the Capitol.

Why Aren’t the Police Responding Like They Did With Black Lives Matter?

We’ve all seen the hundreds of videos released during the height of the Black Lives Matter protests. Peaceful protestors were beaten, bruised, and bloodied. There videos of police ramming people with their vehicles and assaulting elderly, innocent bystanders. They even attacked journalists.

Check out this video of the violent police: 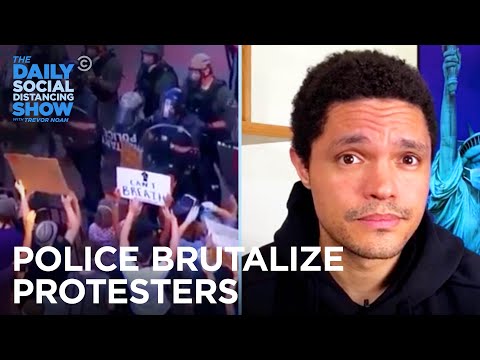 Sure, some protestors were rioting and looting, but no one was upset about the response against those people.

These MAGA protestors broke through the Capitol building. They unlawfully infiltrated government property. According to CNN, a woman is in critical condition after being shot on Capitol grounds.

Why aren’t the police responding? Why aren’t they prepared like they were for Black Lives Matter? Why weren’t they lined up on Capitol grounds, looking like this:

They’ve had ample time to prepare. Trump has been talking about January 6th since 2020:

And yet, protestors just seemed to waltz right into the Capitol Building with no signs of tear gas, or batons, or rubber bullets.

The police were even taking selfies with the protestors:

Cops are taking selfies with the terrorists. pic.twitter.com/EjkQ83h1p2

The only sign of force came during the armed standoff when protestors had already had their way with the Capitol building.

Disclaimer: The opinions in this article do not necessarily reflect the views of CCN.com.